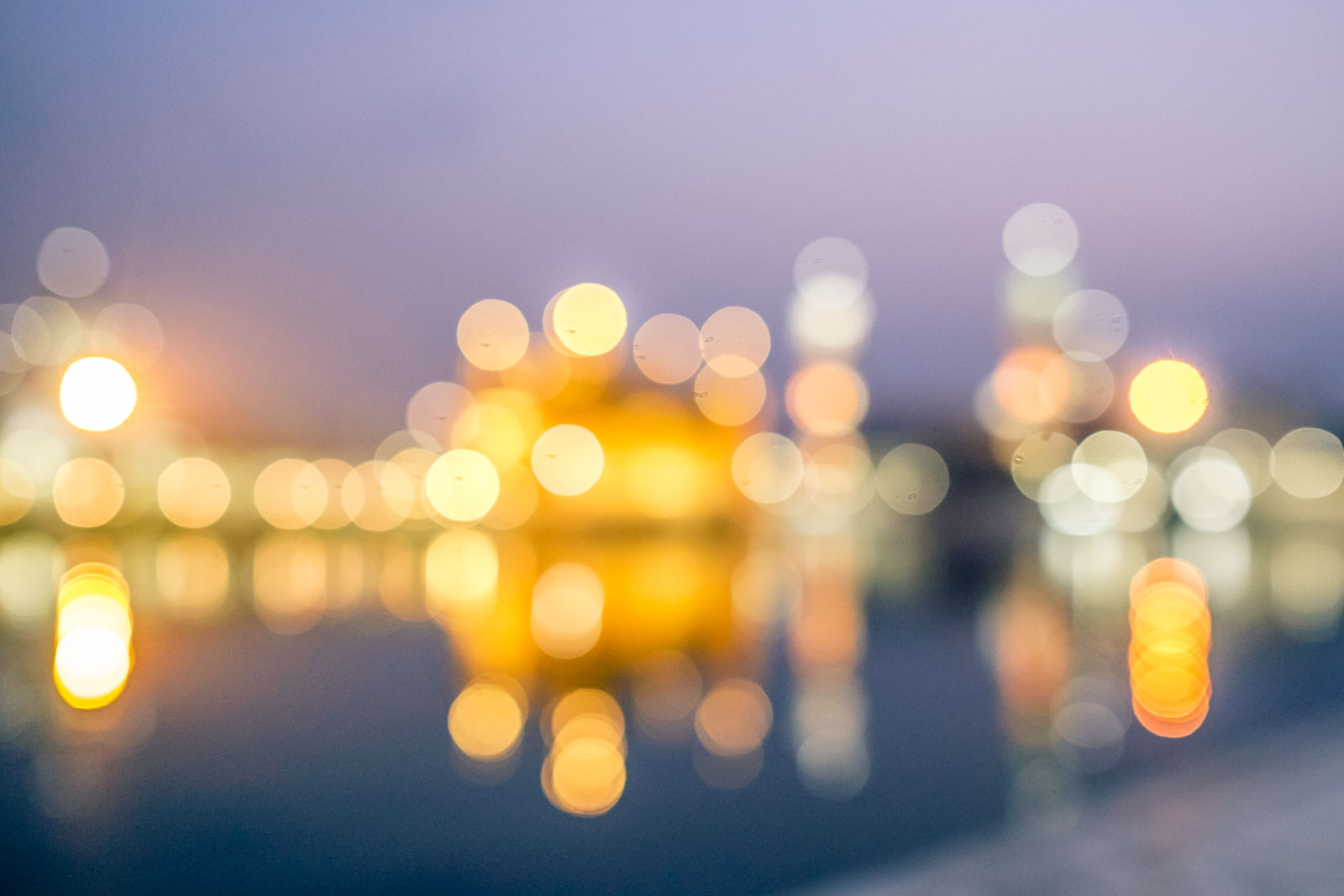 We wanted to test or luck and booked train tickets to Amritsar in a waiting list. It means that there were no more seats available in the train, but if someone canceled their trip or did not show up, we would get the seats. The system is a little bit more complicated than that, but by the day of leaving we knew that we would have seats in the train.

As we got on the train it turned out that each one of us had to share a seat with another person. That we did not expect at all. Since it was a night train, a long and sleepless night was in front of us. In my case it was not so bad, because my seat-mate was a very lovely Indian girl Pooja. She was traveling with her mother, aunt and little niece. She was very happy to share the seat, her story and even food with us. Pooja made us promise that we would come to Kerala (her home state) and do that very soon. Stijn was less fortunate. His seat-mate was fat Indian man who occupied 2/3 of the seat and did not speak English. Half of the wagon was taken by an Indian family traveling to Amritsar to a wedding. They were constantly walking up and down the aisle, sharing food, talking, laughing, playing music etc. There were also a bunch of kids sitting very close to Stijn. They were jumping up and down the sleeping compartments, but they were also  very curious about Stijn. They started to ask him questions and soon enough Stijn was sitting with the kids, eating crisps and learning Hindi.

About an hour and a half later the train conductor came and resolved the sitting problem. All of us sharing seats got an individual one! Yippee! We were quite tired, but the loud wedding family did not want to go to sleep. We were also located close to the door. Every time someone went to toilet, we heard the doors open and close with a loud creak. There was also someone occasionally playing chants on the phone. I would not mind, but the music started and ended suddenly few times in the middle of the night. It was our loudest train ride so far. But the morning came with a nice surprise – it turns out Indian fields can be green and yellow, reminding of Europe in spring. Yes, from time to time we get a little bit home sick.

We arrived in Amritsar in late morning. We could not find a good place to stay, so we decided to stay in eco-hostel. It had the best rating and somewhat ok-ish price. Even though we are not really  hostel-people, we decided to give it another try.

Jugaadus eco-hostel welcomed us with a table full with simple breakfast food to share. It looked clean and freshly renovated. Big rooms and bathrooms in very good condition. They have no alcohol and no drugs policy in the hostel. Average age of people staying seems much closer to our age and most of them were not there to party. A good place for a conservative couple like us.

One of the first people we met there was a retired Englishman who was very excited about the Sikhs. Just few days back he had returned from Dharmsala. It made us reconsider our plans. We had Dharmsala on our list, but, as we traveled, we heard from more and more people that the season is over and in might even not be possible to get there. The Englishman changed our minds. We decided to go there after Amritsar. But first things first.

Tired after the long and noisy night train we decided to take it easy. Our only plan of the day was The Golden Temple. The old part of Amritsar is not big. Narrow, dusty and dark streets leading to THE destination. The city feels different than the rest that we have seen in India. More distant, but welcoming at the same time. By their colourful turbans and long beards, you easily recognise sikh men everywhere. Like the city it self, they seem very closed and serious, but once you engage with just a smile or few words, they open up and turn out to be very kind-hearted.

To enter the Golden Temple we had to meet 3 requirements: cover our head (check), leave cigarettes and lighter out side (no problem – we don’t have any), leave the shoes out side the temple (fail!). Do not try to hide your shoes in your backpack – it won’t work. At the entrance you have to present a coin that proves that your shoes are safe with the shoe keepers.

The Golden Temple is enclosed by walls, but several gates lead to it. Before entering one of the gates we had to step in shallow pool to wash our feet (I assume). Once we had entered the gate, we saw a big pool and a golden temple in the middle of it. There is a wide marble promenade around the water and marble galleries connecting the building enclosing the site. A long bridge like path lead to the temple. On loud speakers holy texts are chanted from the main temple. Some people are doing their dip in the holy water, some are praying or meditating, some are taking selfies with the golden miracle – like every where in India, everything is happening at the same time. The complex of Golden Temple is a very special place. Another world, where the rest of India cease to exist. To visit the main temple you have to queue for quite some time. It is a spiritual journey for sikh and a cultural experience for the tourists. You loose sense of time, especially once you start talking from sikh crossing half of the planet to visit Golden Temple. We came before the sun set and left when it was dark.

Sunset behind the Golden Temple

Also the Golden Temple has A/C

Cleaning the water, a daily ritual

Elize and a young Sikh greet at the Golden Temple

The Golden Temple after sunset

We retuned there again and again in the upcoming days. There is a very welcoming atmosphere that does not reject anyone. You don’t have to be a believer to visit the place, to experience the rituals. You are offered free meals and bed, if you are in need. The Golden Temple is always open and open for everyone.

A Sikh warrior and a young guard

A praying sikh in the morning light

Purifying shower at the Golden Temple

The knife of a sikh warrior

Guard at the Golden temple

A Sikh, his wife and the servant

The Golden temple is open 24/24, 7 by 7. The prayers seem to never stop, people arrive and go all day and all night long. One of the ceremonies is also held very early in the morning at 3AM. Sounds interesting! The day before I wasn’t feeling very well so I went to bed super early. With a bit of luck, I’d get up in time so I can go and have a look to this ceremony. I did setup my alarm, but forgot the Do Not Disturb mode was still on and the sound was completely turned off. I didn’t hear my alarm but somewhere before 4 I woke up when I heard someone else in the room who was getting up too. Apparently, a few other people in the hostel did decide the day before (when I was already asleep) to also go for an early morning visit.

So a bit after 4, when everything was still dark I entered the Golden Temple. To my biggest surprise, their were a lot of people present at the temple. At first sight I would even think there were no less people than during daytime. Though many people were asleep in the temple.

At first it was still way too dark to take any photos, so I wondered around. Did see some European buddhist having early morning prayer next to the water and some even in the water. Very dedicated!

At 5AM the departure of Palki Sahib from Sri Akal Takhat Sahib happened: a golden portable palanquin is carried outside of the Golden temple. A whole ritual is happening where the palanquin is cleaned and purified while devotees sing and say prayers. Read more about this process on the website of the Golden Temple.

The Golden Temple out of focus

Beard and temple, a most seen combination

Cleaning the palanquin in the morning

Volunteers sweeping the floor around the temple

Photographing at the temple is no problem and not hard at all. At first I hesitate a lot because I didn’t want to disturb anyone during their prayers or meditative moments. But once you break that personal wall, people are actually very open to have their photo taken. In case of doubt a simple nod or showing the camera is good enough to get approval. Only a very few times people refused, which of course I also respect. No sneaky photos from far away.

Of course it helps a lot when I have Elize next to me. The super blond hair makes her like a Goddess, a magical appearance everyone sees and everyone wants to be on the camera with. A magical moment was the last time we were visiting the temple. A Sikh Warrior – recognisable because of the turban and mostly they are carrying a knife or sword – enters the temple. At first he is still at least 40 meters away from us. Dressed in blue, beautiful grey beard and a long elegant sword on his side: it was not difficult to notice him in the crowd. Of course I’d love to make a portrait photo of him. But how would I approach him, how do I ask? Would he accept? We kept standing where we were and followed his path with our eyes how he was finding his way through the crowd. Until a magic moment our eyes crossed. Suddenly the man changed his path and walked straight to us. Was he searching for us? Did we do something wrong or are we not supposed to be here? A warm smile welcomed us, he wanted to know where we come from and suggested himself to “click a pic”. The light was at it’s best at the moment, the 35mm lens helped to keep the many distracting people out of the background and Elize snapped a few photos of me and this friendly Sikh of who we unfortunately do not have his name. Proud Sikh Warrior with his sword in Amritsar 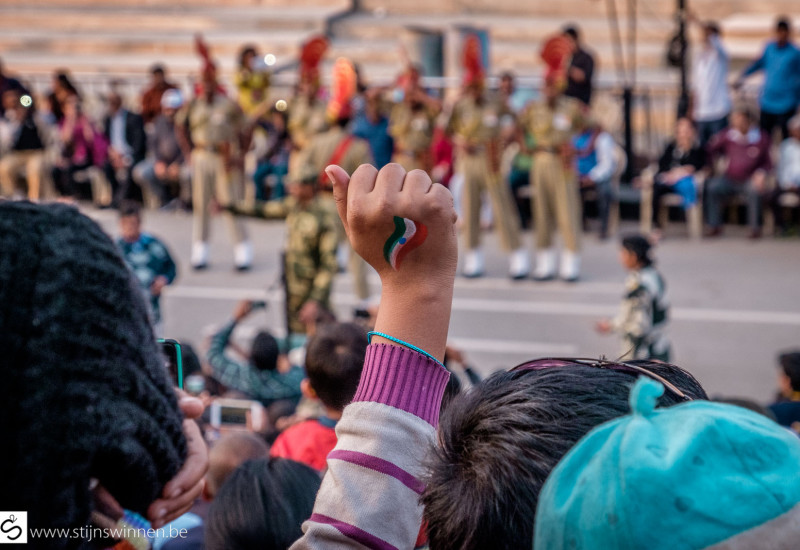 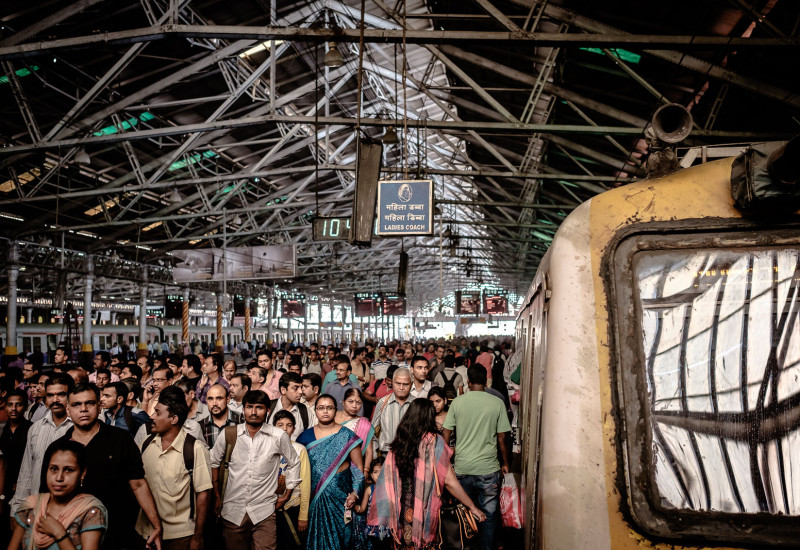