If you have read any blog or guide about Vietnam, you know that you have to go to Hoi An. Or you might regret it the whole life.

I am exaggerating of course… Though, do not wonder long, as there “might be no tomorrow” for Hoi An.

We left the Slavic Nha Trang by train. We were to spend the night in hard sleeper (the first time we did not even know, that we had seats in “hard sleeper”). This time we had paid extra to sleep in the bottom level as there is slightly more space and it just easier to get out of it. But… Once we got on the train two women with infants had already taken our places. To put it nicely – I was upset. They were blinking their eyes and showing to their babies (like they did not know that they would be traveling with them when they booked the tickets). I do realise I sound like a crazy Western lady, who knows no shame. Stijn gave in easily, so I had to do so too, but it was not easy. In the middle of the night some Vietnamese people came and kicked them out without any hesitation. I was squeezed in the middle level and pretty pissed. I got even more upset, when the next morning I encountered one of the two woman again. She was raiding all cabins, looking new free spots to parasitise. Grrrr…. I wonder, if they even had tickets…

To get to Hoi An we first disembarked in Da Nang (no direct train to Hoi An). We were ready to take a local bus to our destination, but first we wanted breakfast. The place we picked was so mediocre that is not even worth mentioning. Taxi ripped us off slightly when taking us to the bakery, so we stubbornly walked back to the bus stop. The local bus was fun. I knew the approximate price of the bus (seat61 gives a very accurate number) and I knew that the bus conductors like to cheat tourists in this particular route. So it was somehow fun, when the lady-conductor asked each of us to pay 4 times more than the regular tickets for both of us would be. She even tried to stop the bus several times, but then new tourists got in the bus and we were not of her interest anymore.

It seemed like we haven’t had enough transport related entertainment that day, so our master plan came spontaneously. In Hoi An we decided to try out the xe ôm (motorbike taxi). Because we hadn’t done that yet, and because we hoped to save a few Dhongs. Paying 2 bikes was still cheaper than the taxi.

For once I had given all the arrangement allowances to Stijn. He had to communicate our destination – Guest House at Thu Bồn River. Probably it was me, who arranged the price, since that is my field of proficiency. So we had two older guys, small motorbikes and questionable quality helmets. To be honest, sitting on bike with a big backpack is not a pleasant drive at all. Besides that, we had a nice ride through the city of Hoi An, over the bridges of river and canals, along the crumbling colonial architecture. The old guys dropped us off and left. We entered the guest house and surprised the receptionist. “Do you have a reservation?” she asked confused. “Hum, yes…” and we showed us the booking.com reservation on the phone. “Aaaaaah…. But you are in the wrong guest house!” she laughed. “Noooooooo…….”. [Here I make my angry faces at Stijn. He is devastated and upset, the receptionist and a guy working there have to laugh even harder.]

Turned out our guest house is on another island and can be reached only by going back through the centre. Oh, well… The receptionist was kind enough to call us a reasonably priced taxi, who took us to the right place: Do River Homestay.

We were welcomed with a tea and lots of cards and flyers from the local stores and tours – Vietnamese thing. We had a very nice room with huge bed and all the other basics & simple extras, like fridge, a huge tv, that we never used, wi-fi and even a bath (it was missing the plug though). We could also use their [trashy] bicycles for free. Riding around with weak breaks and only one light for both of us we still had some fun times exploring the area of Hoi An.

The day of arrival we decided to stay in. We have had long brunch in Da Nang, we were tired after train & bus rides, not ready to absorb new place yet. It was already rather late afternoon, when we were up to leave the cosy room to find dinner. Hoi An is a truly touristic city. Here are more hotels, guest houses, restaurants, cafes and shops than anything else. So it took us some good time to select something good (by reviews) and still matching our imaginary budget lines. We picked a place that was literary 100 m from our doors. “Son” goes under the concept of slow food. It is not the cheapest place to eat, but we were delighted with the food. The interior and music playlist (very classy) was pleasure for eyes and ears.

The second day was time to explore the city – the famous UNESCO World Heritage Site. We got there by our shoddy bicycles, left them somewhere before the centre and continued on foot, as there were way too many people to drive around comfortably without stopping every 3 meters. We kinda knew, that there is some sort of entrance fee, that allows you to visit few of the historical houses, but we managed somehow to spend 4 days in Hoi An without purchasing one. Everything that was happening around seemed more interesting.

So what the centre of Hoi An looks like? Most of the houses are painted sandy yellow and, indeed, remind of French colonial architecture (somewhat similar to Battambang in Cambodia), except for the heavy wooden details (mostly doors and windows) in dark tones. The streets are covered with silk lanterns (that’s what they make you believe), that light up after the dark, making the place extra romantic. A bit of the downer is the fact, that in every single house there is a shop. In Vietnam Hoi An is known for its shops, especially tailor workshops of supposedly high quality. There are hundreds of tailor ateliers, shoe and bag workshops as well as the regular handicraft/tourist shops full with the same-same decorative objects and cheap jewellery. You can find all – cheap & fast or fancy & exclusive.

Bicycling in Hoi An at your own risk

Bicycle in Hoi An

Cleaning fish under the bridge

Every half an hour a train with tourists in bicycle rickshaws pass by, local women sell flying plastic bird modules on every corner, sides of streets full with plastic tables, where you can try out the local noodle dishes – Cao Lau and others.

The place is covered with coffee shops, bakeries, juiceries and everything else the Western Tourists demand. A very pleasant surprise was Reaching Out Tea House. Run by speech and hearing impaired the tea house is wrapped in silence. A true retreat for ears and sensations. Beautiful interior, tasty tea, sweet snacks, and the kindest staff. One can communicate his or her needs with an order sheet or with sign blocks (also to say thank you).

The city centre of Hoi An is nice, it is beautiful, quite neat, but that’s about it. You have to see it, but there is not much more to say about it. Unplanned, we ended up ordering a pair of pants for me and Stijn. My 2 pants had developed holes on the butt, as we were moving more and more to North, I had no other chance, but to get something new. And Stijn just couldn’t resist. 🙂

Making the clothes for the Emperor

Tourists in Hoi An

Preparing food in a narrow alleyway

Ready to be slaughtered

What we enjoyed the most were the bicycle rides around the outskirts of Hoi An. Our accommodation was approximately in the middle between the old town and the resort area on the beach. I had read very good review about a place called An Gia Cottage. To make sure we had a table for the dinner, we decided to stop by there in the noon. It was hard to locate it (Trip Advisor maps can be misleading), but eventually we did find it (actually by passing it twice before). It turned out to be our treasure box of Hoi An.

We were there around the noon, ordered some drinks and eventually something to eat too. At the hour we were the only ones there. The family that runs An Gia were about to eat their lunch and we were invited to join them. We were very shy about it. On one hand we did not want them to feel obliged to ask us to join, but on the other hand I was very curious to try what is that real locals eat for lunch. We got to try a soup with thick semi-transparent noodles, some veggies and soft, soft meat. Simple, but, oh… so tasty. We were so pleased. We got introduced with the family: aunt – the chef, her sister, children and grandchildren who were helping out.

I mentioned that we had visited a place next to our guest house that had a very similar style and atmosphere. It turned out that I was a part of family business too, now given to a nephew to run. Surprise and no-surprise, that our favourite places turned out to have the same origin. We not only got to lunch with the family, enjoy their incredibly tasty food, but also received bunch of good tips for area exploration.

We returned in An Gia the same evening and the next day too, as we were in the area, exploring the beach life of locals. We were again invited to join their lunch table, this time we got to roll our own fresh spring rolls. It might be here that we developed slight addiction to the fresh rice paper wraps with veggies, dipped in fish sauce. Interior of An Gia in Hoi An, Vietnam

Or next days were organised around the suggestions given by the family of An Gia. We explored the bay full with fishermen. We had a curiosity about the transparent trampoline-like nets that we could spot on the water. Wondering around the shore, we finally could witness the technique of two nets hanging on pals, being pulled out of water by man-powered wheels. One of the fisherman offered Stijn to try it out. Turns out it is more difficult than it looks like.

We randomly cycled around trying to lure deeper between the narrow streets and paths. Once we found the traditional circular bamboo boats, that is a big tourist attraction in Hoi An area. Nevertheless, the locals mostly use metal version of the circular boats.

The other time we ended up in community gardens full with veggies, herbs and blooming flowers. Nearby rice fields we saw few young travellers being carried on a back of a big water buffalo and two water buffalos having a swim in a pond. With their big eyes and wiggling ears they are irresistibly cute.

Local fisherman in Hoi An

Stijn pulling up the fisher net

Inside An Gia restaurant

The owner of An Gia restaurant

Entrance of An Gia restaurant

Working on the rice fields

Working on the rice fields 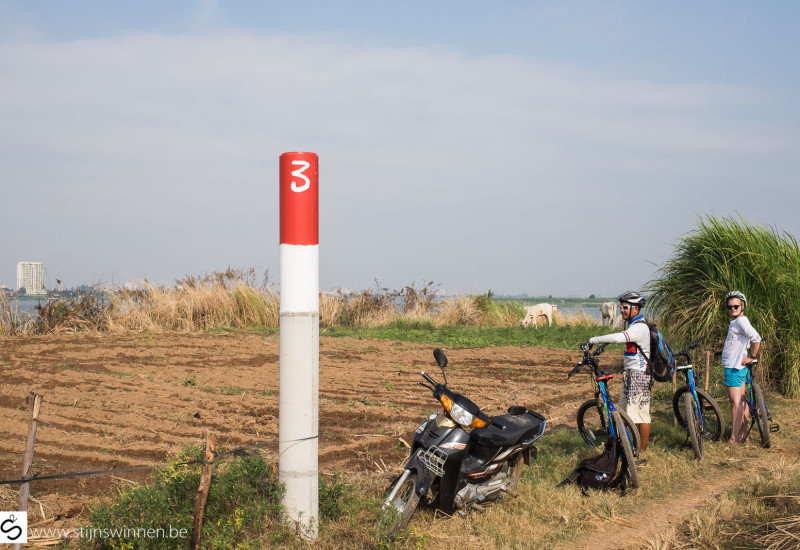 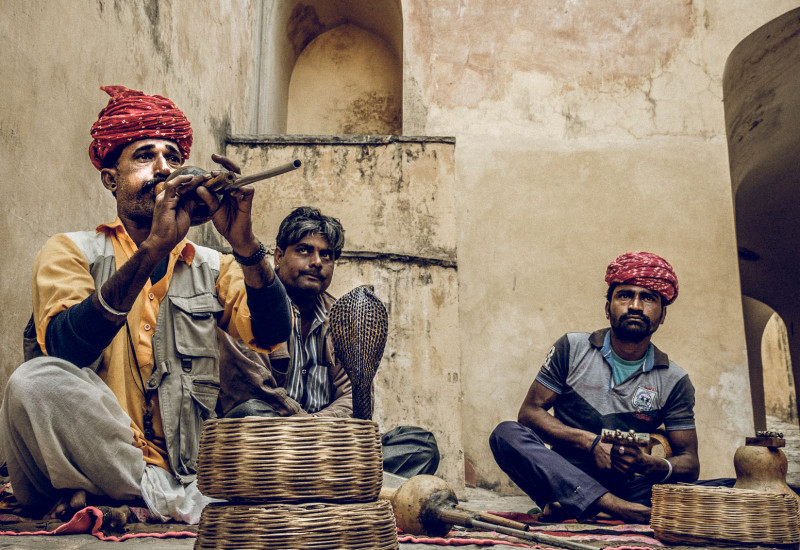 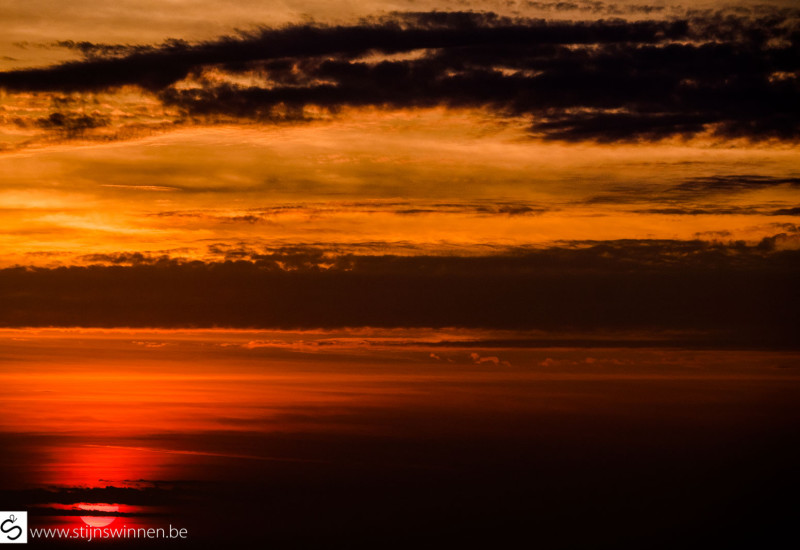 The beach and the holiday makers