Our train was scheduled to leave at 6:48 from Thivim train station. Because it is about 40 minutes of taxi drive from the Dunes resort to the train station, we had arranged our taxi at 5:20. Goa was still sleeping when we did fly through it, but cows were up and very much awake. On the way we had one of those movie moments were a herd of cows had placed themselves happily all over the road minding their own business. If we would have been in rush, I am sure that the cows had remained resistant. But we had plenty of time, so they responded very positively to the polite honking of our taxi driver and soon enough arranged themselves in a way that we could pass through them. Thank you guys!

Of course the train was late… Only 30 minutes. No big deal for Indian standards. During our waiting for the train, it even started raining a little bit.

We had booked tickets in the 3AC class. We did not know what to expect, but horror stories heard, whenever we would mention the topic to other travellers, had made us rather frightened. But it was much, much better than expected. The wagon was well air conditioned, but not too much, no one tried to rob or rape us, no rats either. I was the only woman among 7 other men who were sitting around our compartment. That only gave me a bit privileged status – I could pick my seat.:)

One of the most memorable moments of this train ride was when a salesman came with bunch of plastic jewellery hanging in several layers down from a hanger. Suddenly all the mid-aged Indian men sitting around us started to go through the different kinds of bracelets and necklaces. They would compare different pieces of the same kind, ask questions to the salesman and in the end pick their favorites, trying to match them nicely together. Adorable! They were all very happy about their purchases – “very good price” – one of them said to me smiling after the salesman had passed.

We arrived in Mumbai LTT station somewhere between 6 and 7 pm. We knew we had to take a taxi to get to our hotel which was situated about an hour drive more to the South. It was rush hour. The worst time to arrive in the maximum city! The taxi drive was rather expensive, but as we had just arrived from lazy, slow Goa and knew nothing about local trains it seemed like the only option.

We drove straight into a traffic jam. Big road and too many cars. 3 lanes on the road which was taken by 6 cars, trucks, busses and tuk-tuks next to each other. Constant honking and squeezing. Traffic lanes!? Which lanes??? One big chaos survival of the fittest, the fastest and the one who dares to take the most of risk. And our taxi driver tried his best. I guess my drama about the price of the ride had made some impact. His partner, sitting next to him was trying to convince me that they are very honest and was providing facts about the city ( thought all I wished was that he would keep silent…). Next time we should maybe not only ask about the price but also check if the driver does have a driver’s license. At some point driving on the highway, during a moment there was no traffic jam: 3 lanes on which in front of us only 1 car is driving on the most right-hand side. Our fellow driver just keeps on tailing the car in front of us until at some moment decides to take over, but only moves half a lane to the left. No wonder the sign of the gearbox was lightened red and some strange sounds were coming from under the car each time he had to change gear.

About hour and a half later we had survived the crazy ride in the taxi and saw the evening madness of the city. You see everything there… No pictures or videos, but your imagination will work too: cows in the middle of the road, horse and carriage on the highway, people walking on the side of the highway, naked children playing on a pile of garbage, only 5 seconds out of the taxi and there was a child begging for money.

Our hotel turned out to be much better than expected. At the first moment we thought that we would not leave it for the evening. But after a shower and few hours to calm our agitated senses the sense of hunger won and we went out there…

Not really knowing where to go and a little bit lost in between all the salesmen we ended up nearby at Vasant Bhuvan Veg Restaurant. There were few other locals sitting, so we just crossed our fingers and hoped for the best. It was a very Indian kinda place – with metal dishes and water cups (we did not dare to drink the water that was offered for free). The waiter was very enthusiastic about serving us the meal. The sauces and rice are usually served in separate plates or bowls and you can mix it all together by your self. But the waiter was very keen on doing it for us. When we were half done he came for the second time and tried to put more food on our plates…:) Almost like at grandma’s.

Enough adventures for one day.

To put our selves at ease we put in use my little flask of Black Balzam (traditional and strong Latvian beverage most consumed in cold winter or harsh times).

PS: because we don’t have any photos from the train ride or our mighty arrival in Mumbai, the photo shown is one from the CST station we took a few days later. 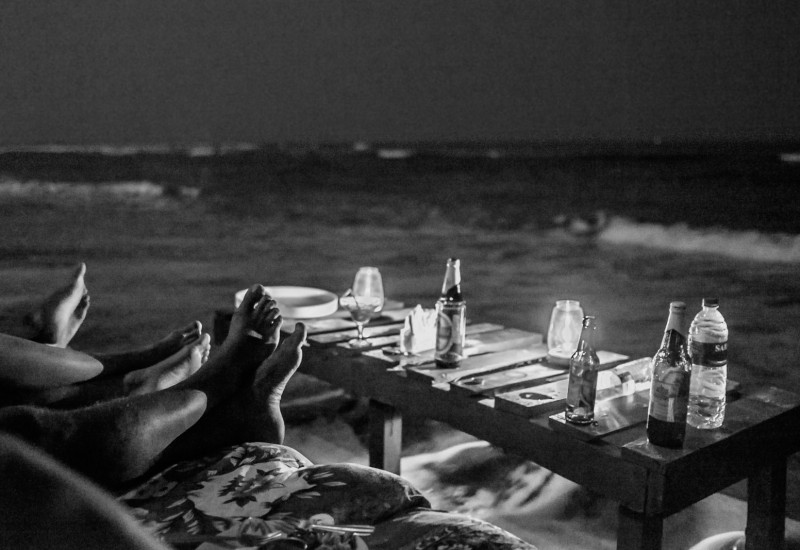 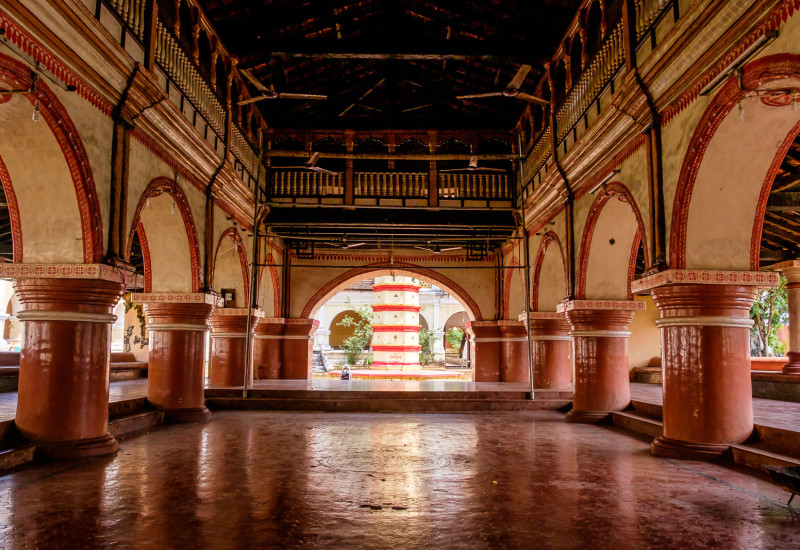