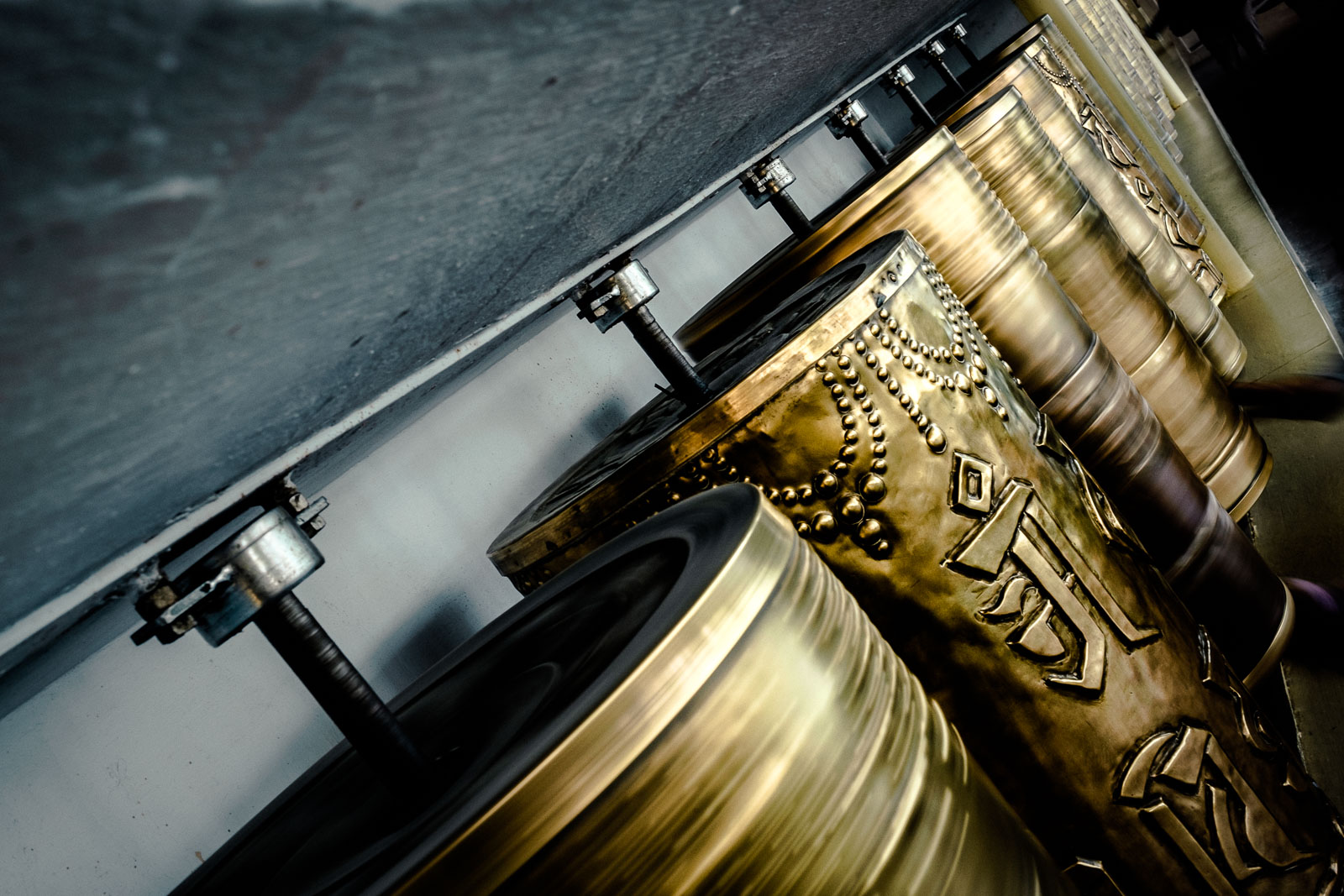 For the last 2 days in McLeod Ganj we did not have much planned. 60% of our activities were related to eating in different cafes and restaurants of the town. 15% of the time we spent in the main temple of Dalai Lama. 25% were taken by another package sending adventure.

Here I will tell you about the food non-related 40%. Two completely different experiences – our visit to the Dalai Lama temple and our business in the post office. One was rather receiving in its nature, the other was giving away.

To get to Dalai Lama temple you have 2 roads that come together at the Tibetan museum and temple site. Instead of taking the easy Temple road we unconsciously chose the hard one, first going down the hill and then climbing up again. It took us also about 3 times longer to get to the temple, but, oh well, at least we had a walk and it made us warm. We were at the temple in early afternoon. It was very empty. As we are ‘direct experience’ kinda travellers (read: lazy to read much background information before going somewhere), we just go to the place when ever we happen to feel like. We met only a few monks in the temple and a few more other visitors.

The whole place reminds more of a temporary sanctuary placed in a school building that is empty for the summer period. There are no ancient architectural structures or many old or impressive artworks, only few ritual attributes. There is the main temple hall with an altar and spinning prayer wheels in the outside of hall’s walls. Close by is a room filled with burning candles and another smaller room with a single spinning wheel and a bell attached to the wheel, indicating every new turn. The rest of it is just open spaces for monks and visitors. At the upper floor the are few more smaller altars and resting zone for the monks, but on the ground level you have trees and some benches where you can enjoy the view to the mountains. Unfortunately the view is partly ruined by a multi-storey parking lot.

All in all I found the place very calm and somehow touching. I did not need more, just to be there. It was very different experience than Golden temple in Amritsar, where rituals had a very strong role in creating the atmosphere. In Dalai Lama temple things were more simple.

Turning the prayer wheel at the Dalai Lama temple

Though, doing business with the local post office was not simple at all. We had two big boxes full with meditation cushions to sent to a friend of mine. The first challenge was to get the boxes to the wrapping “office” (a small room next to the post office full with prepared boxes and some random souvenirs + an older Tibetan man sitting at a sewing machine and doing the packing of the parcels). Each of us had a box 10kg to carry. No problem for Stijn (he even tried to carry the box Indian style – on his head), but I had to stop few times, as my hands are not trained for carrying heavy goods. Luckily there were many motorbikes parked on the way. So every 100 meter I could comfortably put the box on the seat and rest my hands for few seconds. It was not really more than 7 minutes walk, but for a weaky like me – quite a test. Once the boxes were taken for the packing, it turned out that we had to fill in double amount of forms that we had to in Jaipur + they needed ridiculous amount of my passport copies. Making the copies and filling in the forms kept us busy for a while. The man doing packaging was more advanced than those in Jaipur – for sewing ¾ of the white cloth (used to cover the parcel) he used an old school manual sewing machine.

Creation of the wrapping material

All work done by a good old sewing machine

While we were waiting a disappointed lady came with her box that was refused. The lady with a baby on her arms was sending 4 boxes, but only the last one, a big box the same size as ours, had been refused. That made us a little concerned, but a salesman who was hanging around the packaging place assured us that our boxes should be OK to send.

Well it wasn’t. Once our boxes were packed, we brought one to the small post office next door. It was supposedly oversized and could not be sent. After few minutes of begging they offered us to send the box with speed post, that would cost 4 times as much. No, thank you… We were also running out of time. It was 12:40 pm, but they would accept parcels only until 1 pm. To repack 2 big boxes into 4 smaller + do the wrapping and sealing again + dealing with all the post bureaucracy – not doable in 20 minutes. I was getting desperate. We were leaving Dharamsala later that evening. Coming back tomorrow was not an option. Taking boxes with us? Not ideal… Even the packing man was surprised that the boxes were not accepted. It seemed that the men working in the post office were having a bad day.

The salesman still hanging around the packaging place advised us to try the main post office down in Dharamsala. They accept parcels until 3 pm. It meant taking a taxi and trying our luck with the other post officers. I had not eaten since breakfast, with the high stress level I was starting to lose any capacity of rational action. Luckily Stijn was there to get the taxi and the boxes in the car. Once we got down the hill and reached the post office, the taxi driver turned out to be very helpful too. He took the initiative to bring us to the right man responsible for the parcel sending. He did it so well, that we actually ended up standing at the responsible’s office from the back side. While the other (normal) costumers were patiently standing on the other side of the window separating them and the responsible, we were standing just behind his back. No-one seemed to object. We only had to find our own tape to fix the customs form on the boxes. Stijn did once again miracles and within 5 minutes he had found a tape in one of the nearby little shops.

Our boxes were weighted. All the time I was a bit worried that they might be refused again.. But the only question the responsible had: “regular or speed post”? Some information registered in the system, tacking code printed, sending charges paid and our boxes were ready to start their travel to Europe. As simple as that! For the two boxes we paid approximately the same amount they would charge us for one box in McLeod Ganj. It was a big relief that the crazy run was over. I hope that the boxes will find their way to destination safe and sound. 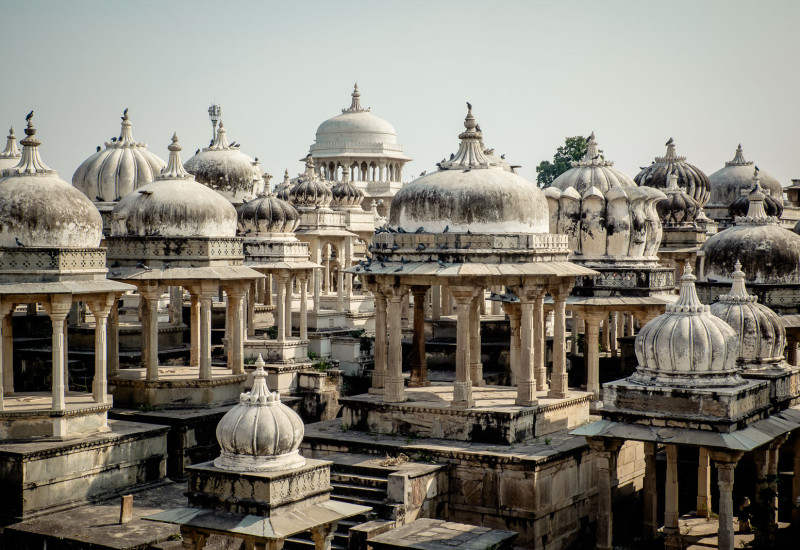